Yesterday May 19th was my grandaughter, Laura Dae Leavitt's, 13th birthday.  She is officially a teenager.  I think she's been a teenager at heart for a while though.  We actually started celebrating her birthday Friday evening because yesterday was an extremely busy day for her family.  Our stake had a barbecue of which Drew and Christ were in charge of.  There was also a Pinewood Derby for the cub scouts and Nick had a car that raced in that.  So we spent the morning at the Stake Center for that and then Drew, Chris and the kids spent the rest of the day at the Stake ballfields making sure things were ready for the barbecue. These two places were where Lauren spent her 13th birthday.

Lauren has quite a singing voice.  Ever since she was small she was singing and singing on tune.  Drew and Chris have home videos of her singing.  One that is memorable to me is her singing "Tomorrow".  It is so cute to watch.  Some mornings you can hear her singing upstairs at the top of her lungs any song that she likes. She sings well and learns the words good.  I sing but I have a hard time memorizing.

Lauren is a petite young lady but has a strong personality which is needed in today's world.  Even though she has her disagreements with her brothers she loves them and sticks up for them when needed.  The same with her cousins or for any member of her family.

I neglected to take pictures Friday night but I got some on Saturday of her Happy Birthday signs. 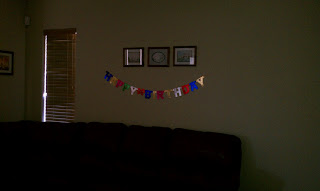 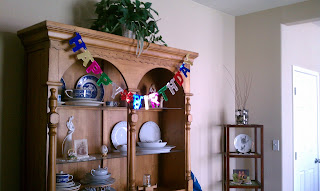 Her mom made some very cute cupcakes.  Some of these already had the lettering and candles taken off but you get the idea. The flowers are made from marshmallows.  ﻿ 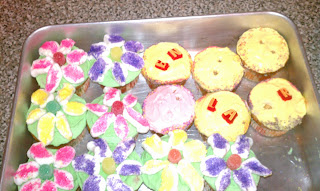 Below are pictures of her on her birthday at the Stake barbecue.
﻿ 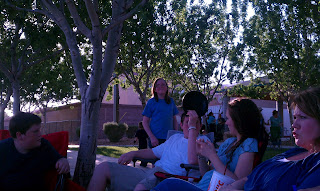 She's on the stage so it's hard to see her here. I understand that she was practicing her singing talent during the day before everyone came.﻿ 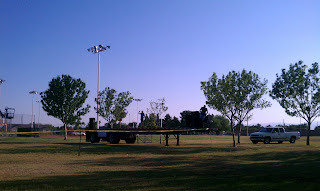 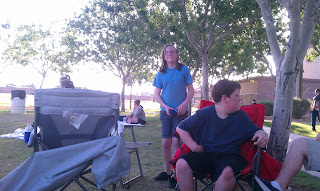 After the barbecue and getting ready to go home. 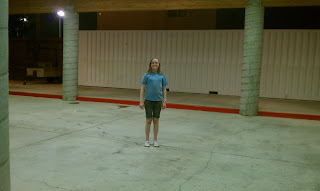 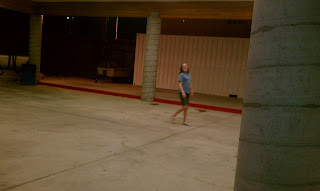 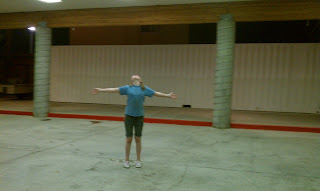 I love Lauren and love having her in our home.  Happy Birthday Lauren!!!﻿
Posted by Gladys Leavitt at 7:22 AM No comments: