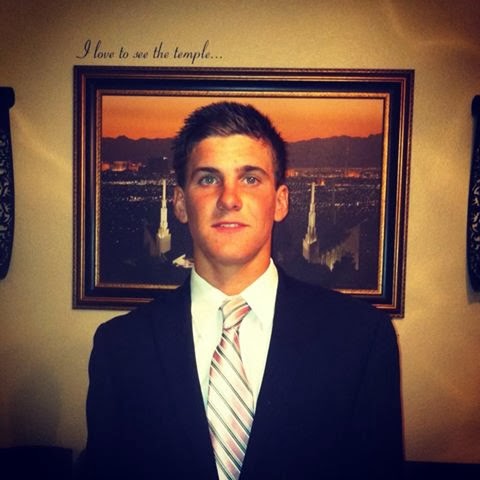 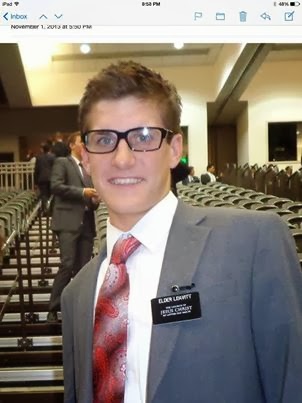 I haven't posted for quite a while. I'm not sure I'm even going to keep the blog up but I wanted to post about Logan, my oldest grandson.  After a lot of contemplation he decided to go on a mission.  He is in the Tennessee Nashville mission.  He reported to the Provo Utah MTC on October 23rd so he's been out a little over 2 months now.  He is doing so great in spite of the fact his girlfriend Dear Johned him already.  I know he was confused and upset at first but he's losing himself in the work.  It's probably for the best. He's still in training and his emails are all so positive.
We were able to Skype with him and Justin on Christmas.  How wonderful that was! I'm so proud of these young men. Logan has already had experiences that are wonderful, starting in the MTC. The MTC President asked him and his companion to visit with a gentlemen that all the missionaries had  trouble making a connection with.  While Logan was talking with this gentleman, he (Logan) realized by some signs such as scuff marks on the gentleman's shoes that he skateboarded.  Well, that is one of Logan's loves and also one of the things that almost kept him from going on his mission.  Anyway when the gentleman realized Logan was a skateboarder he gave his full attention to Logan.  They spent about 40 minutes together, longer than anyone else was able to.  We don't know at this point what has happened with that gentleman but it was a great experience for Logan.
I've been trying to write them and have at least accomplished 1 letter a month or more.  I'm not a big emailer or letter writer or blogger for that matter so it's a challenge for me.
It's wonderful to see them both doing so good!  I love this picture! How great it is to have the gospel in our lives! 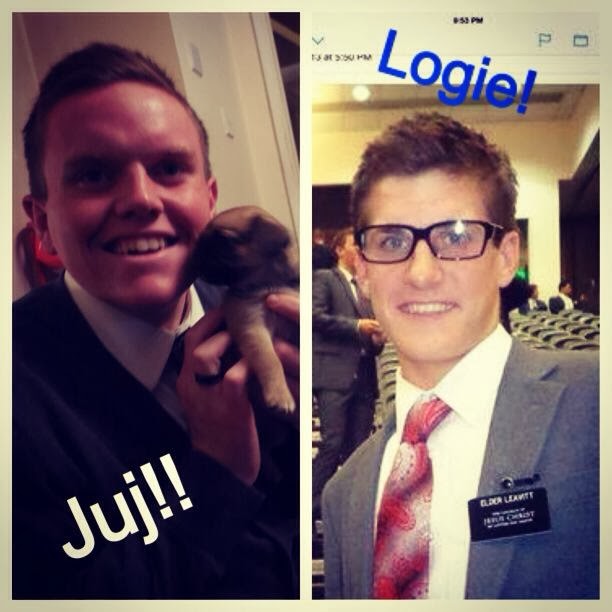 Posted by Gladys Leavitt at 8:57 AM No comments: