I've decided to post about each of my grandchildren around their birthday time.  I'm going to start with my youngest grandson, Nickolas Wade Leavitt. His 10th birthday was on August 31st.  He is the youngest of three children in his family. Nick is a cheerful, happy and smart young man and makes friends easily. He had to start a new school this year since he and his family moved in with us. He made friends right away. From what I can tell he is obedient to his parents and seems to want to please them. His middle name is the same as my second son, Wade Phillip Leavitt.  Wade only lived 5 months upon this earth, so my oldest son, Drew and his wife, Chris, decided to remember Wade by giving Nickolas his first name as a middle name.  I was very touched when they revealed what they were doing.

Nick likes and has been active in cubscouts. 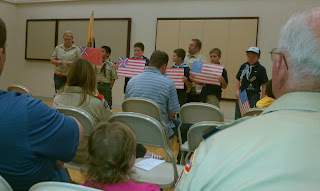 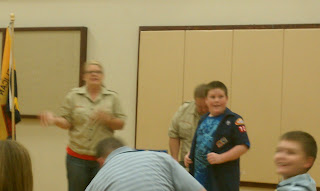 ﻿
With a lot of hard work and support from his parents and leaders he received his Bear just a few days before his 10th birthday. 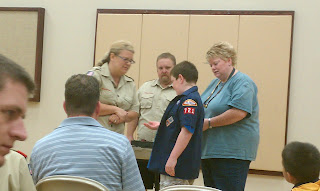 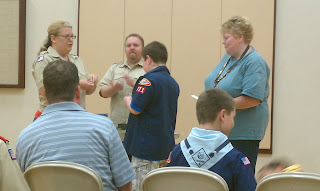 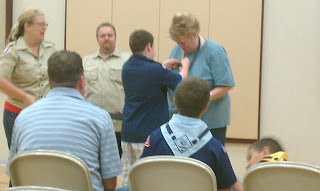 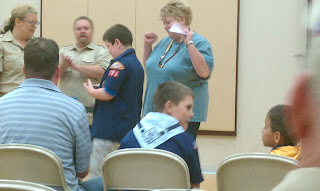 He is now a Webelo and has an awesome Webelo leader, Travis Millet, who was in attendance when Nick received his bear. You can see Travis from the back in the pictures above.  He is wearing the blue striped shirt.
Nick is a Lego lover.  With his birthday money he was able to add to his Lego collection.﻿ 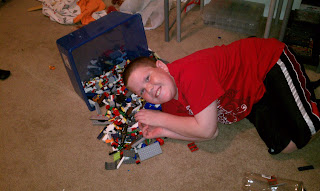 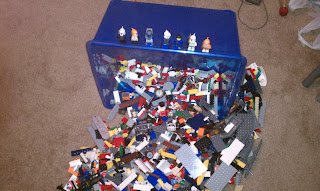 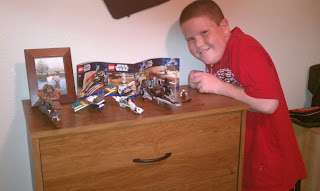 I love Nick and his sense of humor.  He takes life as it comes and seems to roll with the punches. It's a treat to have him in our home now along with his family. They add so much to our home.﻿ I am so proud of Nick and know he will grow into an awesome priesthood holder, missionary and father when the time comes.
Posted by Gladys Leavitt at 6:48 PM