My second oldest but my tallest grandchild, Justin Andrew Leavitt, had his 17th birthday on September 13th. Here are some pictures from his birthday celebration.

We had an ice cream sundae bar so everyone could make their own.  It was delicious. Actually too delicious because yours truly ate too much. 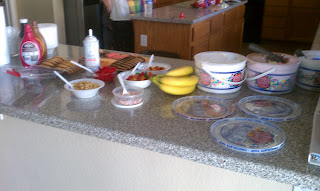 He enjoyed visiting with his friends and family . . . 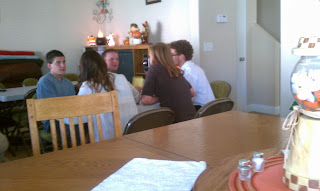 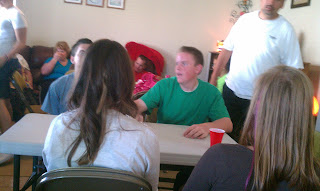 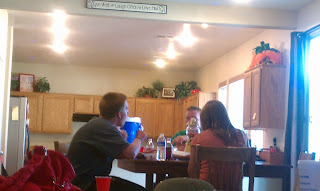 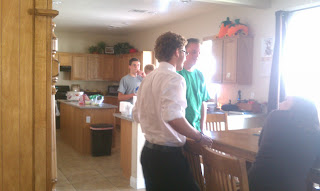 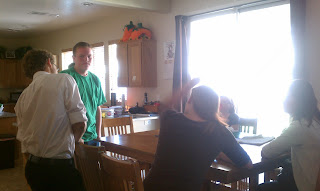 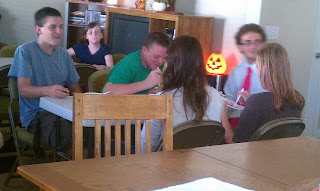 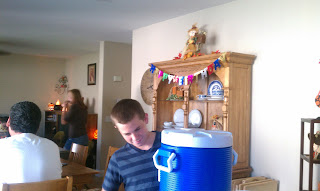 and then relaxing afterwards. 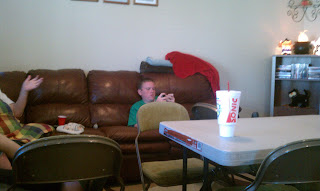 Justin is, as his mother puts it, our gentle giant.  He's at least 6 feet 2 inchs and he is a gentle soul.  Justin knows what he wants and again, as his mother states, marches to the beat of his own drum.  Speaking of drums, Justin played drums in the school orchestra during middle school.  High school had a lot of demands if you belonged to the orchestra so Justin opted out of orchestra because he has a lot on his plate this year. Besides going to seminary at 6:00 am he works at Smiths throughout the week too. But he has a great talent for the drums.

Justin is a spiritually strong and humble young man which is an extremely important attribute to have especially during this day and age. We believe the strongest spirits have been saved for the last days and that is proving to be true.  Justin is definitely one of those strong spirits. He has made his home with us along with his family.  I, for one, am thrilled to have him here.

I admire Justin for the great respect he shows people, especially his parents and grandparents.  I love his laugh and his sense of humor. It seems to run in the family.

He is a senior in high school this year. Wow! It's hard to believe. I know that he is planning on going on a mission for the Church of Jesus Christ of Latter-day Saints when he turns 19. He was interviewed by the Bishop and has a recommend to do baptisms for the dead for the next year. He's also on the Stake Youth Committee and will get a chance to speak in church quite often.

I love and appreciate Justin so much.  He is a great blessing in our lives.
Posted by Gladys Leavitt at 9:04 AM